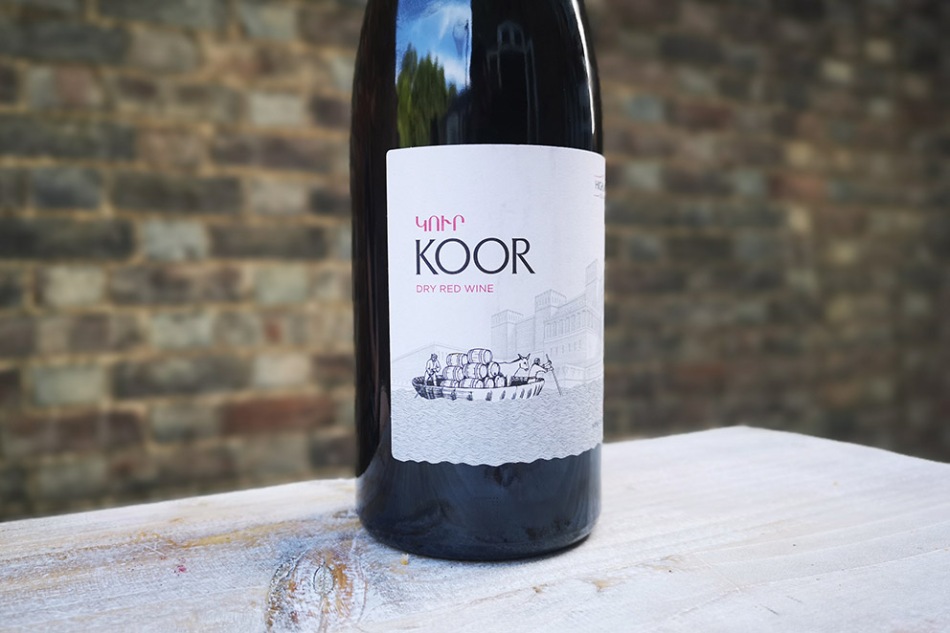 Although I love sniffing out unusual wines from exotic locations, it’s a hobby that yields hit-and-miss results. Armenia has been high on my must-taste list for a while — not only because Armenian wines are hard to find in the UK, but also because it’s a nation with a burgeoning reputation in the sphere of viniculture.

This doesn’t mean Armenia is new to wine production though. Far from it. The former Soviet state (population just under 3 million) has a wine heritage dating back to ancient times. In fact, it’s one of the world’s oldest wine-producing regions.

Bordering Turkey to the west, Iran to the south and Georgia to the north, mountainous Armenia experiences wild swings in temperature throughout the year, with freezing winters giving way to warm, dry summers. I’ve never visited, but images reveal unexpectedly verdant panoramas backdropped by lush mountains carpeted in daisies and evergreen trees. Parts of it look more like Scotland than the Middle East. Shame there aren’t any direct flights from the UK. I want to go, damnit!

Although you’ll find some recognisable names in the Armenian-wine arsenal (Pinot Noir and Pinot Blanc, for instance), most Armenian wines are made from local grapes that will be unfamiliar to western-European ears. For some reason, I expected reds to dominate, but it appears they produce just as many whites.

And the wine I tested for this article (pictured top) is a traditional blend of two of Armenia’s most common indigenous varietals. It’s a red. A Koor Red, to be precise, made in the high-elevation, south-eastern province of Vayots Dzor.

The Koor Red’s primary grape, Areni (comprising 75% of the blend), is fruity and subtle, while the more astringent secondary variety Sireni (25%) provides structure and tannin. Sound familiar? Yes that’s right, it’s not too dissimilar to a Merlot-dominated Bordeaux blend, with its strong dark-berry flavours, complemented by firm tannins, and a hint of menthol in the background.

It’s much more similar to the reds of western Europe than it is to those of the east. And while I mean this as a compliment, a part of me was yearning to discover something uniquely exotic, which never quite emerged. Frankly, that’s my problem though, and this is a very enjoyable wine that’ll do justice to any red-meat dish.

Where To Find Armenian Wine For Sale In The UK

As you’d expect, finding somewhere to buy Armenian wine in the UK isn’t easy. You certainly won’t find it lurking on the shelf in Tesco, or decorating the menu at your local Wetherspoon’s. Even Waitrose don’t stock it, and they’re usually not bad at sourcing more daring stuff.

So… unless you have an experimental local independent shop, you’ll have to venture online. Specialist retailer www.armenianwines.co.uk has the widest selection, with around 20 bottles on its books, while Wine Direct currently stock just one: an Areni Noir. I got mine from www.winebuyers.com, which is worth checking out for several reasons.

Firstly, if you’re into sourcing exotic wines, Winebuyers is hog’s heaven. It’s a free-to-join wine club that brings vineyards, producers and merchants directly into contact with consumers, boasting access to nearly 30,000 wines from 38 countries — from Macedonia to Mauritius.

Huge range aside, Winebuyers’ business model is interesting in itself. It doesn’t mark up prices or charge commission, with its revenue instead coming from charging suppliers a monthly subscription fee to be listed on the site. I’m tempted to buy the six weirdest wines I can find. Keep an eye out for the results of that one.

If you found this post interesting, you might also enjoy my Co-op Côteaux Les Cèdres Lebanese Wine Review