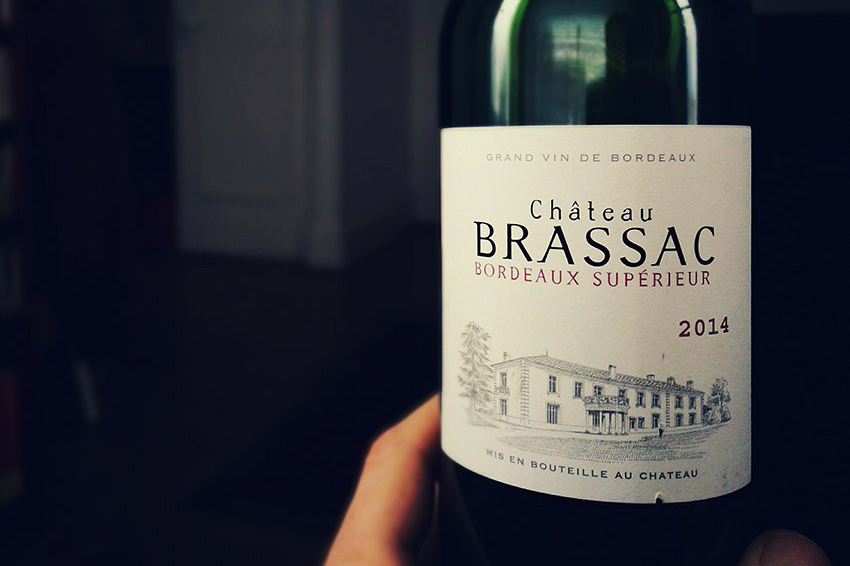 I used to have an aversion to tannin — that metallic aftertaste that hits the underside of your tongue and dries out your mouth. I couldn’t understand why it was ever used positively in wine descriptions. How could it be anything other than a pejorative? Harsh, bitter, astringent… not adjectives I wanted associated with a drink.

But acquired tastes so often turn out to be the most worthwhile in the long run. They’ll reward those who put in the work. That catchy, repetitive pop tune won’t sound so good after ten listens, but the complex, sprawling album that took you ten listens to appreciate — that might gift you a lifetime of pleasure. If you let it.

So… I’ve come to appreciate a touch of tannin. I’ll never veer towards the bitter end of the scale, but at least I now understand its appeal. This Bordeaux is an example of the sort of tannic wine I can handle. It’s a right-bank Bordeaux blend, meaning it’s dominated by merlot (84%) and beefed up with cabernet sauvignon/cabernet franc injection. It’s not as soft and smudgy as a lot of merlots, but leave it to breathe for a while and you’ll get some spicy black cherry and blackcurrant scents emerging.

Some reviewers have described it as “watery”; lacking in body. I can see what they’re saying — you wouldn’t call it rich and succulent. But this is a very likeable wine (my favourite red at the Co-op, in fact) that’ll cut right through a chorizo casserole or a peppered steak — that’s where the tannins come in handy. At the time of writing, it was on offer at £8. You’d be harsh not to gobble it up at that price.

If you want a softer Bordeaux for around the same price, this St Emilion from Sainsbury’s (click here for my review) is very different but equally good.