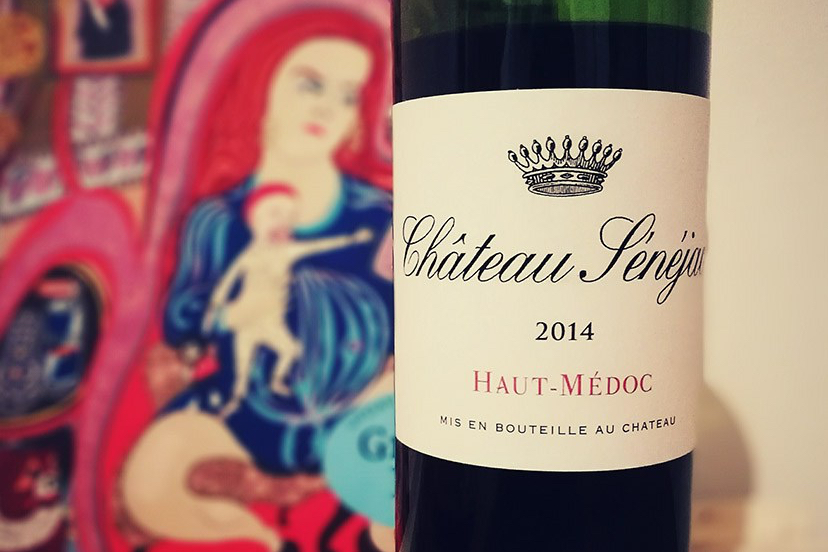 Haut on the heels (did you see what I did there?) of my Co-op Joseph Drouhin Saint-Romain review comes this taster of the Co-op’s new, premium Château Sénéjac Cru Bourgeois red, from Bordeaux’s renowned Haut-Médoc region.

If you’re not familiar with the term “Cru Bourgeois” (and why should you be?), it refers to a level of the Bodeaux’s annoyingly complicated quality-classification system.  Put simply (and that’s the only way I can put it, because I don’t fully understand it myself) the Crus Classés are supposedly the highest quality Bordeaux wines (according to some antiquated 19th-century classification system), while Cru Bourgeois is the level just below that.

So, to use a soccer analogy, Cru Bourgeois wines are not quite Premier League, but they’re promotion contenders in the next division down. And as we’re talking Bordeaux here, that’s still bloody good — certainly a lot higher than Skelmersdale United, who would probably equate to an Echo Falls Chardonnay. (*Apologies Skelmersdale United. I’m sure you’re much better than that).

Anyways… this Château Sénéjac is predominantly Cabernet Sauvignon with some Merlot chucked in to soften it up. Now, to my uncultured palate, the Merlot dominates initially, with the Cab Sauv emerging after it’s allowed to breathe (I really need to stop starving my red wines of oxygen). Surprisingly, it’s not especially strong on the nose, with subtle hits of cherry, blackcurrant, menthol and liquorice. Taste-wise, it’s smooth and medium bodied with a tannic afterkick.

But is it worth shelling out £16.99 for? Frankly, I reckon you’re paying extra for the Haut-Médoc name. It is a lovely wine, but I enjoyed the Co-op’s Château Brassac just as much, and it’s only a tenner.