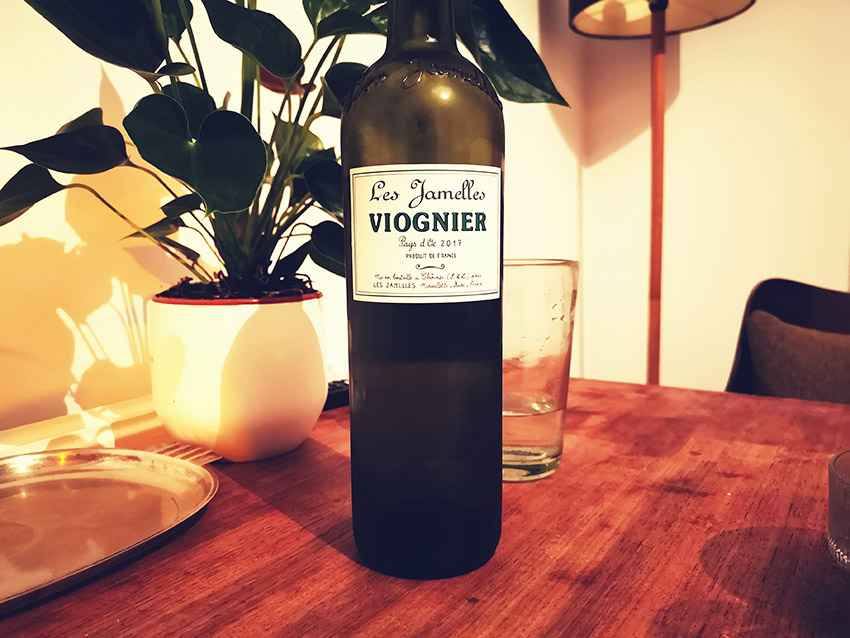 This is a decent little white I sometimes grab when I fancy something inexpensive but a bit different. Viognier’s full-bodied nature (and the fact that it’s sometimes aged in oak), means it’s sometimes compared to Chardonnay, although it tends to be more fragrant/aromatic/floral than its more popular cousin. They produce a lot of Viognier in southern France’s Rhone Valley, but it’s widely cultivated in the New World too.

The back of this bottle mentions apricot, wild flowers and violets and it actually does deliver on all of those. Clearly unoaked, it smells like my local park’s flower garden on a spring afternoon. I’d throw a bit of white pepper into the pot too. Pretty complex for a wine that only costs £7.

Viognier is recommended as a partner to white meat, seafood, and herbs and spices including dill, sage, coriander, lemongrass, ginger, garlic, chives, and… white pepper. Pretty versatile then, and a good choice for Oriental cuisine. It also went well with the random veggie chilli I threw together that night.

Of course, if you’re having a night in, it can be useful to pair your booze with some good TV. Given this one’s bright and breezy nature, I went for an episode of Flight of the Conchords. The one where Brett tries to become a gangster rapper. I’ve heard Ice Cube likes a glass of Viognier. Whether he gets it Straight Outta Coop, I’m not so sure.