Ok… just in case you’re asking yourself the question “what is an enoteca?” (I would have been, before visiting Florence), here’s my own, bespoke enoteca definition.

Enoteca [noun] From the Greek Οινοθήκη (meaning wine repository). A type of wine shop, originating in Italy, where customers can taste locally produced wines with a view to buying them. Often, a selection of meats, olives and cheeses are served in accompaniment.

My office is in west London; an affluent chunk of one of the world’s most affluent cities. It must be easy to get your hands on good wine around here, right? Wrong. There’s not a single decent independent wine shop for miles around. Unless you live in one of the “villagey” bits of the capital, your wine choices are likely restricted to supermarket chains or generic minimarts, where the owners usually don’t even drink alcohol, let alone know about wine.

Last weekend I was on a press trip in Florence, writing a travel feature linked to locations used in the Tom Hanks movie Inferno. In Florence, it feels like there’s an enoteca on almost every street. No exaggeration… I’ve never seen so much wine in one place in my life.

On the second day, my fellow journalists and I took a break from the museum trail to do a tasting at La Divina Entoca, located near the city’s trendy Mercato Centrale (huge food and booze market). The shop dates from the 19th century, when it used to sell fish. It still has the Victorian-era marble sinks, but now they’re full of olive oil, cheese, chocolate and a spectrum of ornately packaged condiments.

I knew we were in safe hands when our sommelier, Livio, emerged brandishing a copy of Sommelier magazine with himself on the cover. Apparently he was voted Somm of the Year. If I’d been voted Somm of the Year (not that that would ever happen), I’d probably want to show off about it too. We start with an olive oil tasting, which I’ve never done before. I’m not very good at it either.

“I’m getting honey from this one,” I tell Livio, proudly. “Erm… no,” he replies, damning me in the politest way possible. And then, thank god, it’s on to the wine. Here, I’m on safer ground. 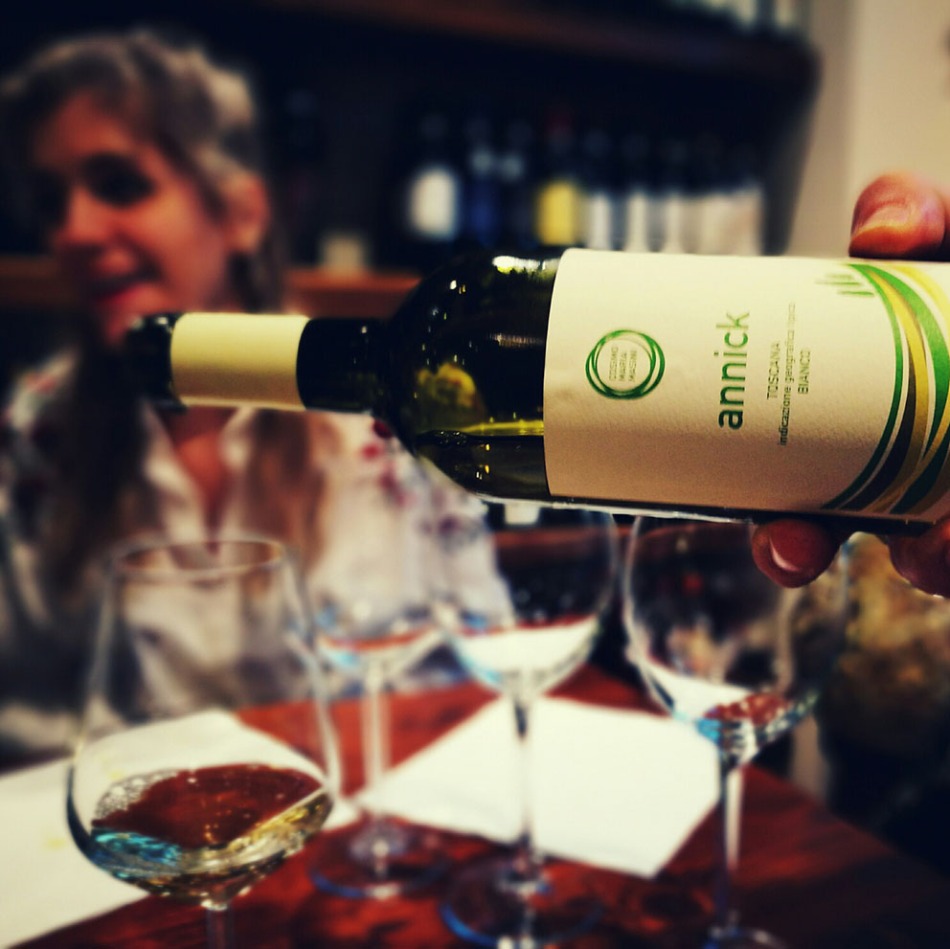 Wine one: Annick Toscana Bianco by Cosimo Maria Masini. Although red wine, specifically from the Sangiovese grape, is the speciality in the Tuscan capital, we start with a token white. This biodynamic 2015 vintage is made from 60% Chardonnay and 40% Sauvignon Blanc. I’ve noticed Chardonnay/Sauvignon blends are very common here. This one’s extremely pale, but shouts loudly of honey, pear and wild flowers. We try it with Pecorino (sheep’s) cheese, although it’d obviously also go well with seafood. A suitably fresh start, before we get onto the heavier stuff. 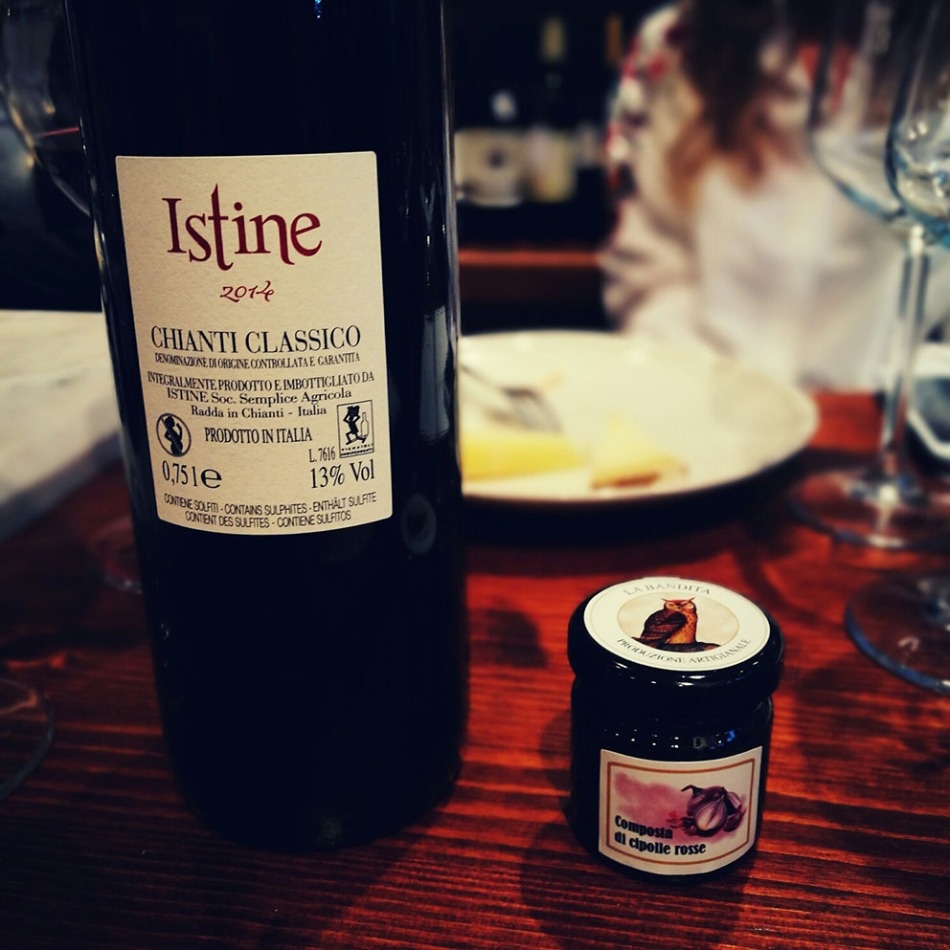 Wine two: Istine Chianti Classico. This 2014 Chianti, from a small local producer, is typical of the wines I tried in Florence. Although relatively inexpensive, this one carries the “black rooster” symbol which means, among other things, that it’s a premium Chianti made from at least 80% Sangiovese (this one is 90%). As you’d expect, it’s rich and full bodied, with cherry, liquorice and tobacco notes. Here it is posing with its sidekick: a cute jar of chutney.

Wine three: Contucci Vino Nobile di Montepulciano. I love the way this one’s name trips off the tongue (its elegant yellow label is cool too). Of course, there’s a danger a name this grand will lead to high expectations, but luckily it’s up to the job. One of the oldest Italian wines, Montepulciano (named after a town near Siena), dates from the 12th century and Livio tells us its wines tend to age well due to their high acidity. This 2012 vintage is 85% Sangiovese and spent two years in oak. I enjoyed its flavours of plum, leather, tobacco, coffee and chocolate. Not bad value too, at 15 Euros.

Wine four: Brunello di Montalcino Riserva 2010. Livio saves the best for last as he whips out this €36.50 bottle of 100% Sangiovese. Brunello means “little brown” and refers to the grapes of the Montalcino (a town 50 miles south of Florence) region which, due to the unique terroir, are supposedly distinct from any other Sangiovese variety.

It gets a muted “ooh” of approval as Livio describes it as “the best wine in Italy”. It’s the first time I’ve tried Brunello di Montalcino, and I’m impressed. Vanilla and dried fruit duke it out for your attention with cherry jam, chocolate, leather and cloves. It’s the best red I’ve had in a long time.

The enoteca concept has been catching on throughout Europe (including the UK) for years now, so why not investigate if there’s one near you. And if you’re in Florence, you’ve really got no excuse not to book yourself in for a tasting.

La Divina Enoteca can be found on Via Panicale, Florence.