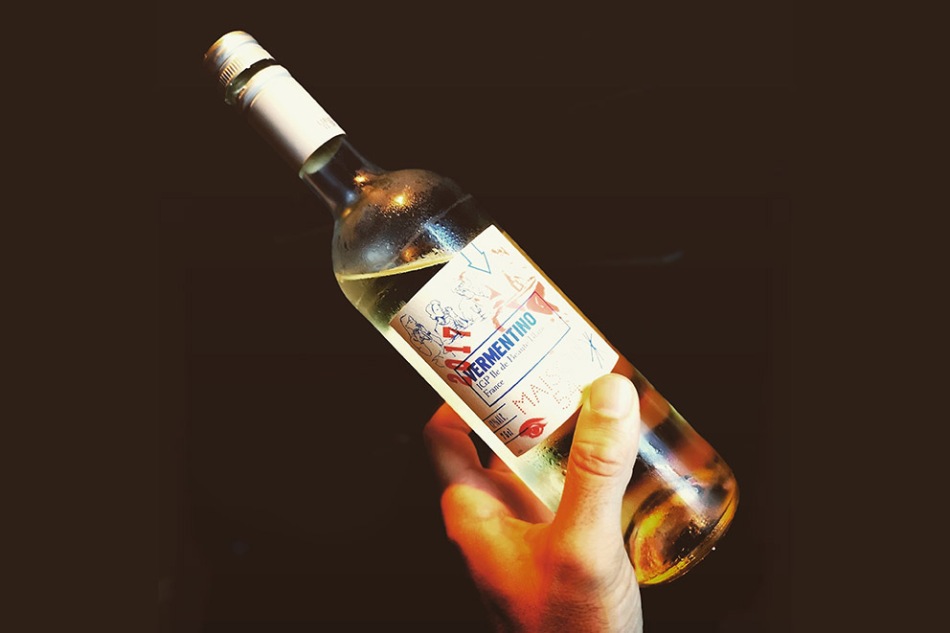 I like a bit of conceptual wine branding, and I love the idea behind the new bespoke range by expanding London wine and beer emporium Borough Wines. The name Maison 54 refers to the Paris address where surrealists André Breton and Marcel Duchamp pioneered the collaborative art style Cadavre Exquis (exquisite corpse). In what went on to become a drawing game for kids, each artist would draw a segment of a body, before folding over the paper and passing it on to the others to complete.

Likewise, Borough Wines’ Maison 54 is a collaborative effort — with Liam Steevenson, who, at 27, became the world’s youngest Master of Wine in 2004.

The first progeny to spring forth from Maison 54’s womb of wine are a “naturally sparkling” Pétillant Naturel (or Pét Nat if you’re feeling familiar) from south-west France, and a Corsican Vermentino. Let’s zoom in for more detail. 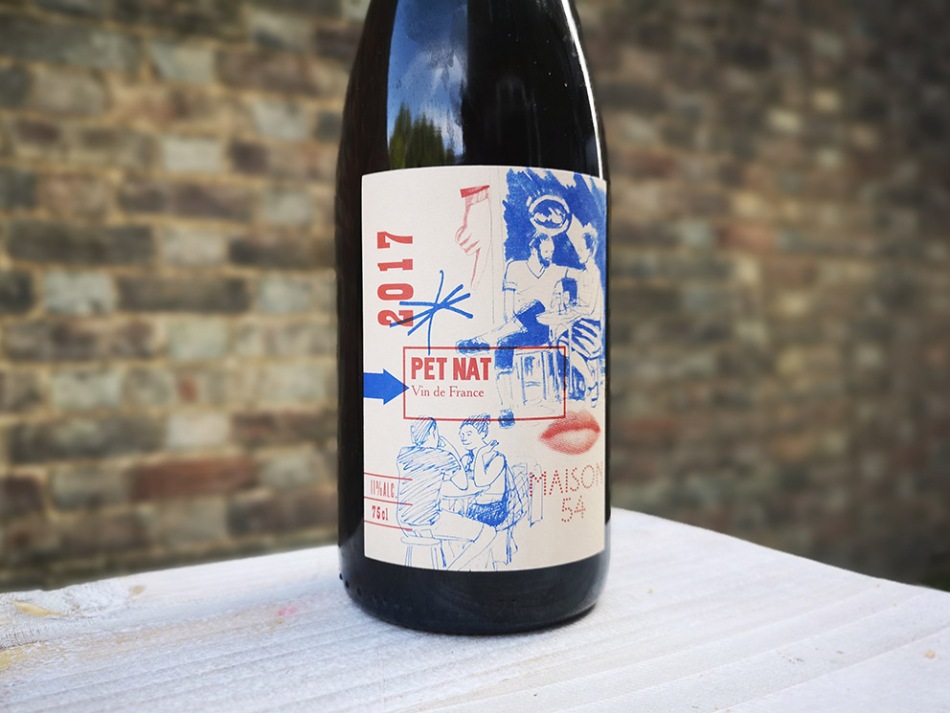 I took this to a friend’s place for a sunny garden dinner party and, because of its retro Coke-style bottle cap, most people assumed it was a fancy beer. “Nah. It’s a Pét Nat. Bottled while still undergoing fermentation, it has a gentle spritz and fresh character, making it an ideal summer aperitif,” I replied, pretending I knew what I was talking about, but actually regurgitating verbatim from the Borough Wines website.

Made mimicking age-old methods with a blend of Chenin Blanc and Sauvignon Blanc, this is cloudy in colour, yet light (11% vol) and refreshing in taste… but also surprisingly complex on the nose. My nostrils were met with a parade of aromas including cooking apple, gooseberry, strawberry, apricot, and a slight background flavour that reminded me of Riesling. Maybe the sun had got to me by that point.

“I prefer this to the Laurent-Perrier I brought,” said my mate Woody, as I sat back smugly. Back of the net. Job done.

Equally refreshing, but with a stronger aromatic/floral punch, the Corsican Vermentino is like screw-capped sunshine.

It leaps out the traps with bold grapefruit, wild flowers, orange and tropical fruit notes. On the tongue, its rich, sweet honey and lemon flavours have a touch of the cold remedy about them (in a nice way). It’s spent time on the lees, but only just enough to give it a subtly savoury balance — thankfully not so much that the breadiness drowns the fruit.

Light, crisp and refreshing but with enough depth of flavour to make them more intriguing than most, both of these wines have been deftly timed to coincide with the current heatwave. And the labels look cool too. Vive le surréalisme du vin!