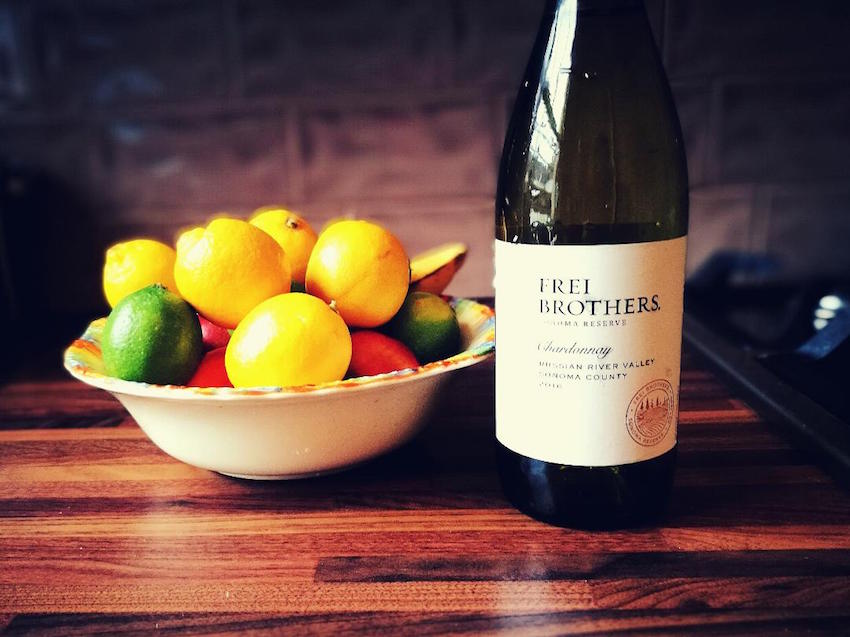 These days Chardonnay is one of my favourite grape varieties, but this wasn’t always the case. In my youth, as a cash-strapped bargain-bin wino, I used to think I hated it. And who can blame me? Bargain-bin Chardonnay is the worst. But this all changed when I had my Chardonnay epiphany, at a beachside restaurant in Santa Monica, Los Angeles — and I’ve had a soft spot for good Cali Chardonnay ever since.

I recently unearthed this Frei Brothers offering on special offer (£13, down from £18) in Waitrose. It’s from the Russian River Valley in Sonoma County, a relatively cool region north of San Francisco, which (like parts of northern France) specialises in Chardonnay and Pinot Noir.

First sniff… it’s just another oaky American chardonnay. What a shame. But not so fast. With a bit of patience, it opens up to unveil ever more intense vanilla, buttery caramel and baked apple aromas from the oak and malolactic fermentation. On the tongue, it’s sweet ‘n’ dry, with freshly-baked apple pie flavours — complete with crispy, buttery crust. You couldn’t really get more American, could you. The producers describe it as having a “plush mouthfeel”. Steady on y’all.

You often see this type of wine compared with foods like apple pie, but that comparison too often falls purely on the nose. Here, the tongue receives what the nose promises for once. American as apple pie, indeed.