Over the past six years, every one of my martial arts classes has been bookended by two short meditations. Yes, trainee ninjas must purge their minds of distraction before they start chucking each other about and sticking their thumbs in each other’s necks.

Initially I assumed this was merely a nod to tradition, but gradually the importance of this oasis of peace dawned on me. The aim is to enter what the Japanese call “zanshin” — a state of focused, ready awareness. Here, instinct takes the mental steering wheel; the sluggish, worrying, fearful, overthinking egoic consciousness moves to the passenger seat.

Over the last few years, I’ve taken this meditation practice outside the dojo, implementing it in other areas of my life. Treating an action as if it were a meditation is called doing it “mindfully”. The long-term effects of meditation and mindfulness are subtle, but I’ve found they’ve helped my sleep, concentration, memory, focus and raised my levels of empathy and compassion. Neurological studies back up these personal observations, by the way.

When I tell them about my practice, most non-meditators react in exactly the same way. “I wouldn’t be any good at that. My mind won’t switch off,” they say. Surely this is like saying “I’m no good at running because I’m unfit.” Of course you’re not. And that’s exactly why you should be doing it. 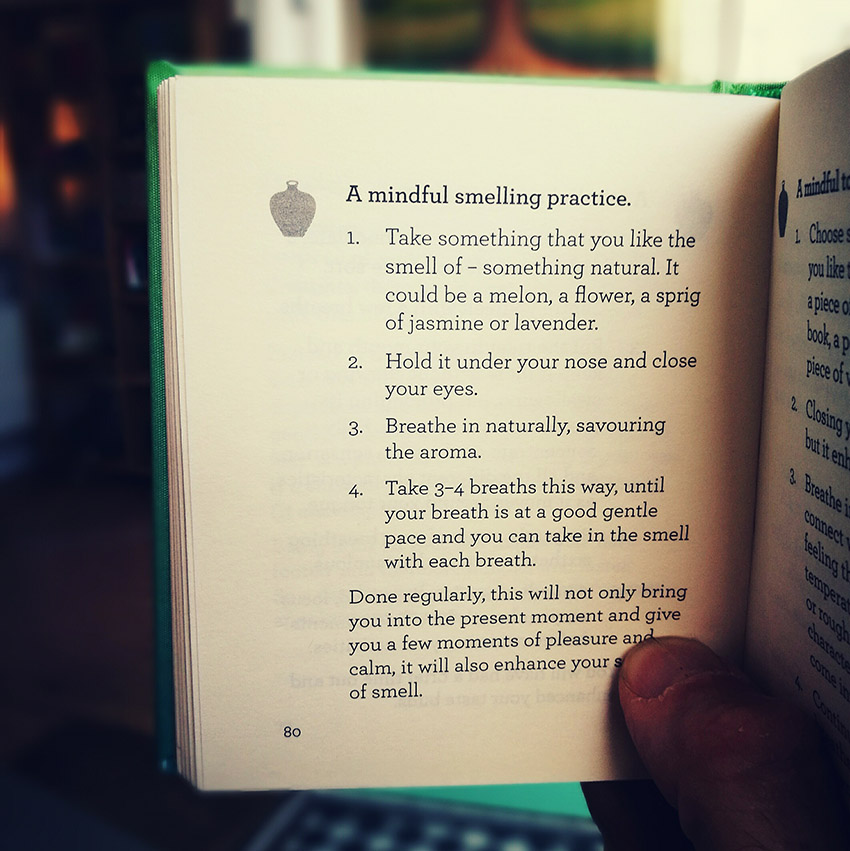 Another common misconception is that the point of meditation is to block out your thoughts. This would be repression, which any amateur psychologist knows is bad for you. Meditation is, in fact, the opposite of repression. It’s about being the “awareness” rather than the “thoughts”. Or, if you like, just “being”. In other words, we try to observe thoughts, feelings and emotions. Let them happen, and let them drift away of their own accord, instead of letting the mind get caught up in them.

This leads to a strengthening of the ability to detach from your worries and stress, rather than getting trapped in unnecessary feedback loops of over-thinking. When you do this, a deeper, calmer… saner level of consciousness takes over. You are “in the zone”. Everything flows more easily.

Anyway, what’s this got to do with wine? Firstly, don’t get the impression I’m saying wine is good for meditation. It’s not. You need a clear, focused mind to meditate. But… can meditation/mindfulness be good for wine tasting? Of course. They’re good for everything.

To get started, try opening a bottle of wine mindfully. This doesn’t mean chanting “ohm” and standing in the tree pose as you’re popping the cork. Rather, take a moment to clear the mind before observing the colour, swirling the glass and taking the first sniff. Often I’ll be cooking at this point and there are most likely distractions in the room (music, the smell of food…), so I’ll take the glass into a bedroom and spend half a minute smelling the wine in the darkness and silence, trying to compartmentalise what I’m sensing. The key is to feel, rather than think. Save thinking for later.

Then, I’ll go and read what others have said about the wine online, and repeat the process, to see if I can pick up the same things they did. It’s amazing how much clearing your mind with a brief meditation helps with this process, by erasing your preconceptions as well as sharpening your focus.

It doesn’t have to be obvious. If you’re in company and worried your friends will think you’re a freak, just focus on your breath for a minute beforehand and try not to get sucked in by any thought patterns that may arise. Then, when your mind feels calm, fill your senses with fruit, spice, a tennis ball with a blob of gravy on it… whatever the the smell conjures up.

Of course, this isn’t as easy as it sounds. But with practice, you’ll improve. I promise. Have you tried this? Why not share your experiences in the comments. Cheers! Or should I say (*affects mellow Californian accent)… namasté.

0 comments on “Mindful Wine Tasting: How Meditation Can Help Your Sense Of Smell”