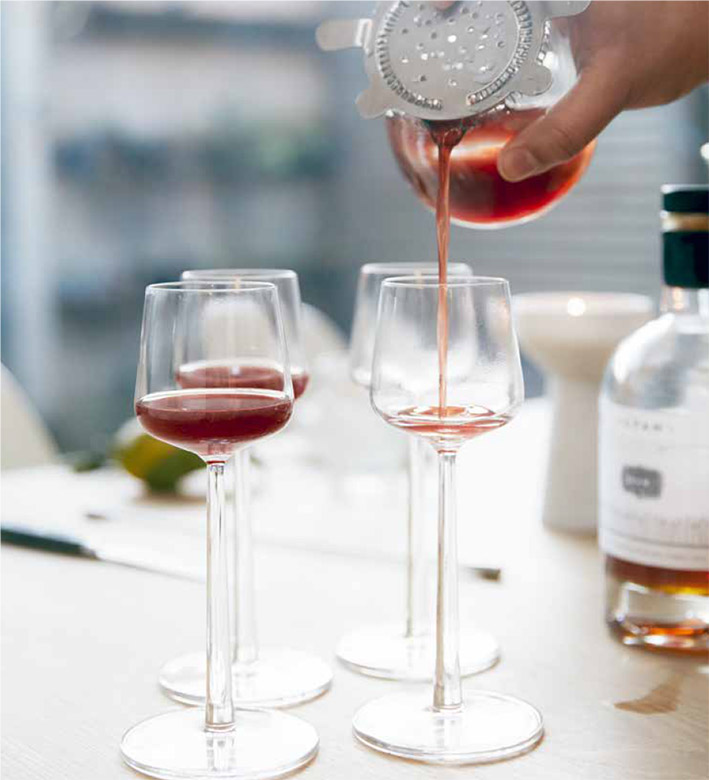 Ryan Chetiyawardana (who also goes by the more typographically approachable name Mr Lyan) first entered my consciousness via the mouth of chef Douglas McMaster, who told me the pair were planning a cocktail collaboration at Doug’s Brighton restaurant, Silo (read about that here).

From Doug’s description, I’d imagined Ryan as a boffin mixologist in safety goggles, surrounded by vials of primary-coloured liquid coughing out plumes of hallucinogenic vapour. His lab: a Victorian-style apothecary in the attic of his Georgian terrace in Bloomsbury (literary licence here: I have no idea where he lives). So I was intrigued to receive a press release/sample PDF of Ryan’s new book, Good Together: Drink and Feast with Mr Lyan and Friends. Although I’ve since revised my opinion about the apothecary, I’m still clinging hopefully to the hallucinogenic vapours idea.

The inspiration behind the award-winning London bars Dandelyon and Super Lyan, Ryan (Lyan, Zion?) already has one book (Good Things to Drink) under his belt. His drinks repertoire uses an impressive armoury of botanicals. The menu at Dandelyon, for example, cites ginko leaf, nettles, lilac and labdanum, among others. The bar’s cocktail names, meanwhile, are a (metaphorical) bingo card of smart cultural references, from The Velvet Underground (All Tomorrow’s Parties) to The Simpsons (Tamacco Mule).

But while his first book, Good Things, was cocktail based, the concept for Good Together is broader: Ryan and 18 of his mates recommend food and drinks for miscellaneous moods and sundry social occasions. The idea is made explicit from the start, its contents page coming in the form of a nifty graphic (similar to the one used on the Dandelyon menu), featuring mood (from intimate to raucous) on the X axis and setting (light to dark) on the Y. Clever stuff. It starts off light, with alfresco parties and barbecues, before sliding through a haze of dinner parties and date nights, finally emerging on the other side with an Eastern banquet.

I haven’t tried making any of the cocktails from the book yet. But I will. Maybe I’ll start with a Dandelion Mojito. My previous mojito attempts have been more muddy football than Cuban highball, but I’m confident this time will be different — in Lyan we trust. I’ll let you know how it goes…

Good Together: Drink and Feast with Mr Lyan and Friends is released on 28th September 2017, published by Frances Lincoln. Price: £20 (hardback).

For more about Ryan, see www.mrlyan.com

0 comments on “Good Together: A New Book by Ryan Chetiyawardana, aka Mr Lyan”