What Is Noble Rot?

Noble rot: it sounds like a high-status sexually transmitted disease (the Italian translation, Muffa nobile, sounds even worse). It’s also the name of the world’s hippest wine magazine, (who kindly gave me permission to use some of their awesome covers in this article).

Sounds pretty gross when you put it like that. But hopefully after reading this brief guide you’ll understand why some viniculturists use noble rot to make fine beverages that are designed to complement your tarte tatin.

How Is It Used in Wine?

Mould has a bad rep in the culinary world, and understandably so — many moulds produce mycotoxins, which are harmful if consumed. But, as you know, mould is safely used in products like blue cheese and salami. Not so widely known is that soy sauce is made with mouldy soy beans.

Likewise, noble rot is used to produce dessert wines, and the use of botrytized grapes (to use the adjectival form) dates back to at least the 16th century. To achieve the desired effect, the rot is deliberately left on the grapes to produce sweet (and often quite expensive) wines that can convey distinctive flavours of honey and ginger. But how does it work? Let’s shove that majestic mould under the microscope…

Noble rot favours ripe grapes and the moist conditions present in cooler-climate vineyards. Producers can encourage its growth by deliberately spraying their vines with Botrytis cinerea spores, but to stop the rot from destroying it, the affected crop must be dried before it’s too late and harvested at the correct moment.

If the timing’s right, the fungus will have just about penetrated the grape’s skin, allowing some of the fruit’s water content to evaporate. The sugar levels, however, will remain unaffected, thus raising the sweetness concentration of the remaining juice (and often the alcohol levels of the finished product).

Which Wines Use Noble Rot?

Famous sweet wines made using Botrytis cinerea include Hungary’s Tokaj Aszu and Sauternes, from the French region of Bordeaux. But the most renowned noble rot wines come from Austria and Germany, in the form of their Beerenauslese and Trockenbeerenauslese late-harvest dessert wines (usually made from Riesling).

I hope you enjoyed this succinct guide to noble rot: the fungus, rather than the magazine. If so please leave a comment, I’d love to hear from you. And while I’m on the subject, it’d be a shame not to share a couple more of those amazing Noble Rot magazine covers. Images courtesy of Noble Rot magazine (see www.noblerot.co.uk for more). 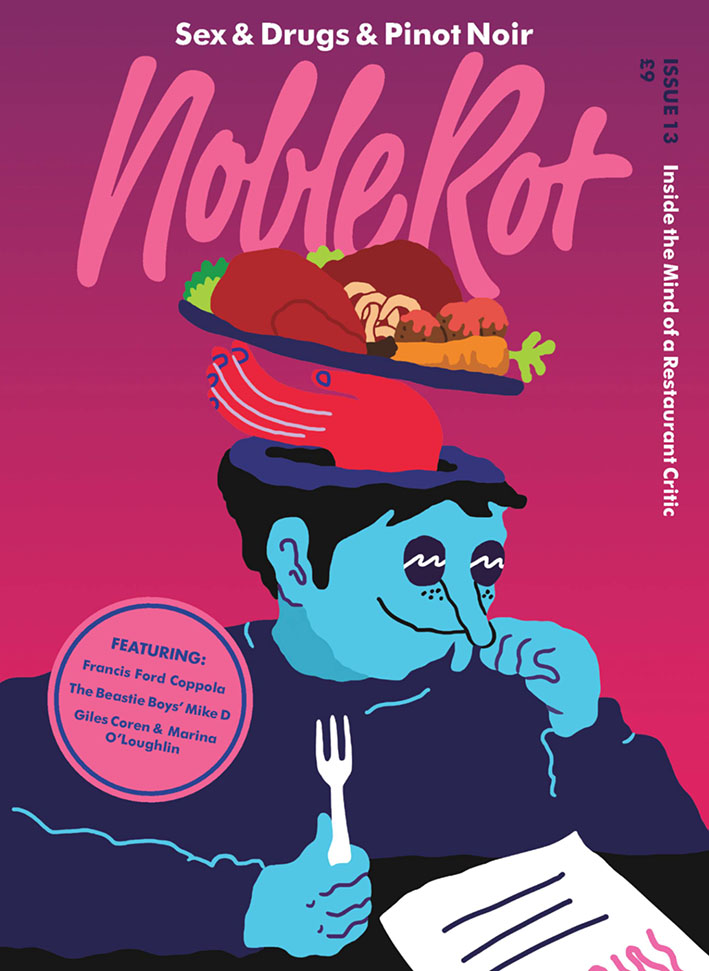 0 comments on “What Is Noble Rot In Wine?”