I’ve often wondered why there isn’t a Welsh and English vineyards map and directory online, and recently I belatedly discovered that there actually is. Wine Cellar Door was launched a couple of years ago, so I’m a bit behind the times with this, but I thought it was worth sharing because it’s just so damn useful. In fact, it’s just won a prize: the Best Promotional Body award at the Drinks International’s Wine Tourism Challenge 2018.

Complementary to the main directory, the site also runs magazine-style features. But the best thing about it is the interactive map, featuring over 200 Welsh and English vineyards that are open to the public. Hands up who knew there were that many.

I’m showing my ignorance here, but I assumed most UK vineyards were in Sussex and Kent, but it transpires there are quite a few in the Midlands, East Anglia, South Wales and even Yorkshire. The map doesn’t stretch as far as Scotland, but the most northerly vineyard is in the Lake District. How did they manage that?

Another useful feature is the ability to filter the results by county, facilities, opening times, and whether there’s accommodation available. Many of the vineyards are “featured”, meaning you get a bit of blurb, some photos and sometimes even a video when you click on them. 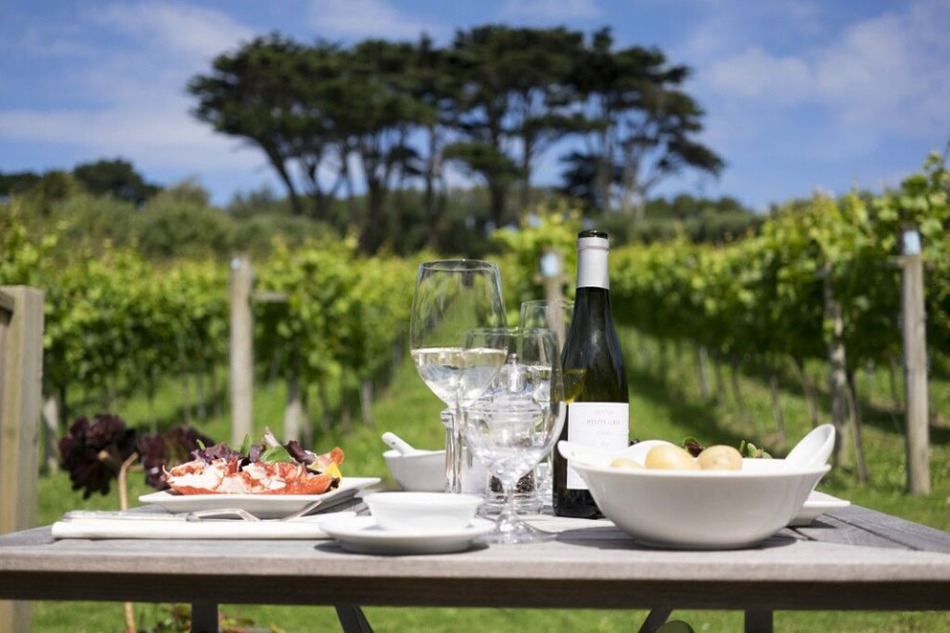 Elisabeth Else and Ian Hardwick did the donkey work behind the site, visiting over 150  Welsh and English vineyards, meeting producers and sampling their wares. A challenging job, but not without its perks.

The pair started off with a wine blog in 2013, while Wine Cellar Door was conceived four years later out of their frustration at trying to find the winemakers they wanted to visit. Let’s face it — vineyard websites (when they exist) aren’t always the best (although they have been getting much better).

By the way, I’m in no way being incentivised to promote this site, I just think it’s an excellent resource worth sharing. Now you’ve got no excuse for procrastinating about that UK wine tour you’ve (presumably) been dreaming up. Just make sure you’re not the designated driver.