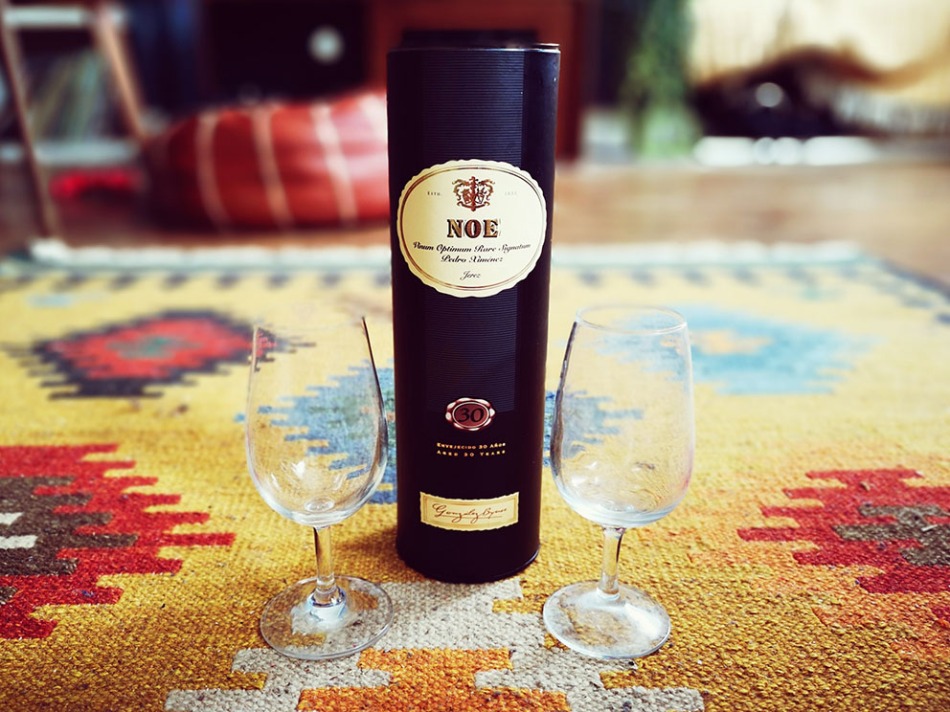 When I gave my mate Olly a glass of this 30-year-aged Noé PX (made by González Byass from Pedro Ximènez grapes) he said it was the best sherry he’d ever had. Sure, his idea of sherry is probably stealing a swig of his nan’s Croft Original on Boxing Day, but it’s still quite the compliment. When I wasn’t looking, he helped himself to another glass.

Alas, my nasal passages were on strike because of a cold during Christmas, which put the kibosh on my plans for a sherry-and-mince-pies tasting. But when I finally did get around to tasting the Noé Pedro Ximènez, I discovered a remarkable depth of flavour: fig, coconut, nuts, treacle, vanilla and, of course… raisins are coupled with an intense sweetness. All these factors would have made it the ideal companion for those mince pies — if my rotten rhinovirus hadn’t got in the way.

Still, if you can’t face a post-Yule mince pie, there are other raisin-based dessert options that would work equally well. The humble Eccles cake, for instance, has been back in fashion for a long time now. Some like it with a slab of cheese on the side. I don’t. I’d serve it alongside some vanilla ice cream — with a drizzle of the Noé Pedro Ximènez on top.

Failing that, a Dundee cake or a spiced bread pudding would also do the trick. And if you want to keep things authentically Spanish, try serving churros with a melted-chocolate dip — no way you can go wrong with that.

I did a tour of a winery in Madeira last year, where some of the stock is nearly 200 years old. And this Noé reminds me of some of the better quality, oak-aged Madeira wines I tried over there.

It may not be two centuries old, but when this sherry was bottled, the Berlin Wall was still a thing, hardly anyone had heard of the internet and Crocodile Dundee II was “thrilling” audiences on the big screen. And those three decades in oak are what give it the mature complexity that is its major strength.

Just a word of warning for those unfamiliar with PX sherry: this is extremely sweet stuff. And although they often enjoy sherry as an aperitif on the continent, I would always pair this one with dessert. When I tell you that Waitrose describe it as “a dessert in itself”, while Majestic call it “a liquid pudding”, I reckon you’ll get the idea.