Over the past couple of decades, Grey Goose has established itself as the UK’s top premium vodka brand. It’s been a long time since they’ve deviated from their classic formula, but they recently announced a new flavour — vanilla. Or Grey Goose La Vanille, as it’s been branded, as a nod to its origins in Cognac, France.

We’re assured there’s no added sugar, with Grey Goose La Vanille being produced using natural Madagascan vanilla. The resulting toffee and caramel notes are pronounced and distinctive — but they won’t suit every cocktail. Refreshing, citrusy blends like the Mule, Screwdirver or Cosmopolitan are not its forté. And a vanilla Bloody Mary? Forget it.

Where Grey Goose vanilla vodka comes into its own is in the creation of rich, warming, creamy comfort cocktails. Here are five of my favourites, with ingredients highlighted in bold.

Not so much a cocktail as unadulterated rocket fuel, this one should come with a Gremlins-style warning. Don’t have more than three, and NEVER drink them after midnight. Why? Because you’ll end up spending eight hours staring at the ceiling wondering why your eyelids are welded open.

Yes, to call this drink a pick-me-up is an understatement, but it’s also delicious — providing you use good quality ingredients. There are a few twists on the recipe, but Jamie Oliver recommends shaking up 50 ml Grey Goose vodka, 35ml coffee liqueur and a shot (25ml) of espresso coffee with ice. Then pour through a strainer into a martini glass and you’re done. Unless you want to sprinkle a few coffee beans on top for effect.

I had my first White Russian as a teenager: Smirnoff Red and on-the-turn semi-skimmed milk from my mate’s mum’s fridge. Not the most auspicious start. But the White Russian-guzzling Dude in The Big Lebowski re-ignited my (and many others’) interest in this classic kitsch cocktail. Given the right ingredients, it can be winner. And it’s the ideal partner for Grey Goose La Vanille.

Blend the vanilla vodka with Kahlua (or other coffee liqueur) and milk (or single cream, if you can handle the lactic overdose. Personally, I can’t) and pour over ice. Works so much better than it should. 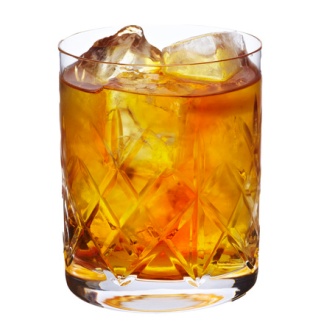 The Godfather is not only one of my fave films, it’s also one of my top cocktails. It’s a simple one, too. Just whisky and Amaretto. Its feminine equivalent is called… The Godmother, and the Amaretto’s toasted almond flavours blend beautifully with vanilla vodka. Just mix them in a whisky or highball class with a huge chunk of ice.

And no… I have no idea whether The Godmother movie is any good. 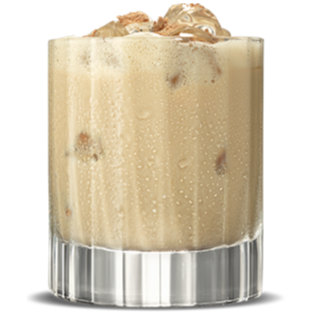 A richer cousin of the White Russian, the Mudslide finds vodka, Kahlua and Baileys (other creamy liqueurs are available) cosying up in a velvety sweet ‘n’ frozen treat. It’s one of those cocktails that works even better with vanilla vodka than with the regular stuff.

Just whizz equal parts of vanilla vodka, Baileys, Kahlua (or similar) and cream (or milk) with loads of ice in a blender until smooth. It’s the McDonald’s chocolate milkshake that gets you drunk. In other words, a guilty pleasure. Yum.

Remember Vanilla Coke? They made that stuff for a reason. Millions of dollars of market research ain’t gonna lie: yes Coca-Cola pairs very decently with vanilla. And while a regular vodka and Coke is one of the least glamorous cocktails in existence, Grey Goose Vanilla vodka with Coke, fresh lime and loads of ice is surprisingly mellow, zingy, sweet and sippable.

Do you need ingredients and a method? Didn’t think so. Enjoy…

Grey Goose La Vanille is available in bars across London and to purchase on Ocado and Amazon from mid-October 2018. RRP: £40.