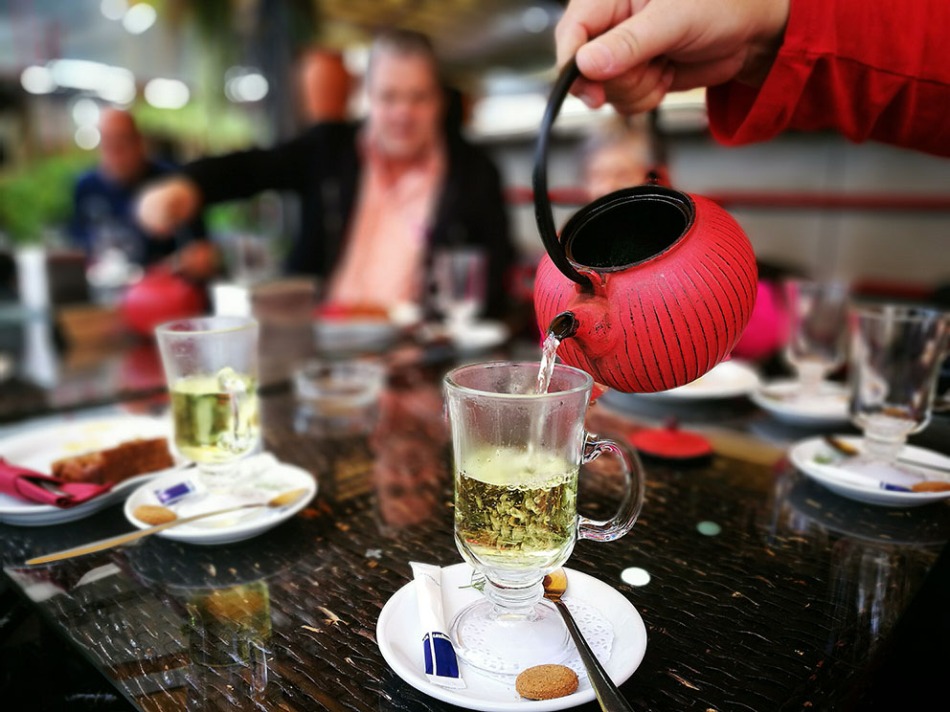 Among Madeira’s advantages over other winter-sun destinations are its lush carpet of rainforests and its vibrant flora, which make it much easier on the eye than the arid moonscapes of, say, the Canarys. Its fascinating ecosystem is one of the few places on the planet where banana trees grow alongside vineyards. But, of course, all those plants get thirsty, so Madeira is prone to more wet days than its competitors. This needn’t spoil the fun in Funchal though, there’s loads of culture to soak up in the island’s capital city. I hope you’ll enjoy these ideas for what to do in Funchal when it rains.

Although Funchal is sheltered from Maderia’s wettest weather by the mountains to the north, you can expect a few refreshing showers during winter. Occasionally you’ll encounter a fine spray of rain when there’s not a cloud in the sky, as it gets carried down from the mountains on the breeze.

My last trip was around carnival time, in February 2018. And although it was mostly warm and sunny, there were a couple of days of unusually stormy weather — flights were cancelled and the cable car was shut down. Did it dampen my spirits? No way. It just made me determined to become an expert on what to do on a rainy day in Funchal. Here’s what I got up to…

Take A Food And Wine Tour

As an idea for what to do in Funchal when it rains, I can’t recommend a food and wine tour highly enough. Sure you’ll be pounding the streets a little, but mostly you’ll be tucked up indoors, supping wine and munching on traditional delicacies such as black scabbard fish, passion fruit and poncha.

The tour I took cost €55 per person and took half a day. If that sounds expensive, remember you’ll be getting 11 food samples and six drinks over nine stops, including a full lunch. I was stuffed by the end of it, not to mention tipsy.

The most handy aspect of tour, though, is having a local guide giving you insider tips en route — not only about food and drink, but also about local history, botany, customs and traditions. I recommend these guys www.discoveringmadeira.com/wine-and-food-walking-tour

Have A Poncha With The Locals

You won’t be in Funchal long before you encounter poncha, a deadly short ‘n’ sour cocktail of rum, lemon juice and honey. I had a few dodgy ones in bars, that were clearly just cheap rum mixed with fruit juice from a carton, but the best (and also the cheapest at a ridiculous 1 Euro) came from A Mercadora.

If you’re an adventurous seeker of “real” experiences on holiday you’ll love this rough-and-ready bar in a back room behind what looks, at first glance, like a pet food shop. Here, locals line up to slam back ponchas at the tiny bar. Want to sit down? Forget it — chairs are for wimps. And floor is carpeted with monkey nut shells, which it’s customary to chuck over your shoulder for the staff to sweep up later. That’s what they told me, anyway.

I came here on the Wine and Food tour mentioned above, and it really loosened up the group. After the second glass, everyone was talking in sign language with the locals, and one American lady, who had previously not said a word, started telling everyone about her shoes and her son’s love life.

“If you have a cold, a fever, a broken heart… poncha is the medicine,” is what they say in Madeira, which is especially good to know if it’s raining. 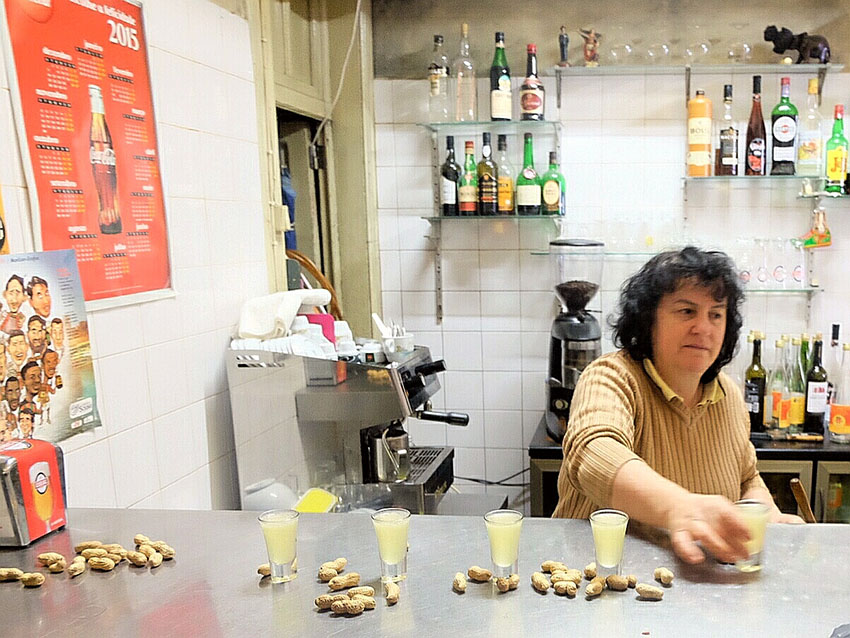 Funchal has a pretty much inexhaustible supply of restaurants, 11 of which appear in the Michelin Guide, including two “starred” ones (William and the two-starred Il Gallo d’Oro). I’m not that interested in deluxe dining though. I want to eat the hearty, rustic stuff that the locals enjoy, and two of my favourite restaurants in Funchal are O Tasco and Taberna Madeira,  both on the fringes of the old town. Make sure you book in advance, as they’re both popular.

Here you’ll find generous tapas-tyle portions, friendly service, a vibrant atmosphere, fine local seafood and a range of good-value Portuguese wines. On my first trip to O Tasco I fell in love with the Madeiran speciality of limpets in garlic butter, served on their shells on a hot plate doused in fresh lemon juice. Make sure you order them with some bolo de caco, a cake-shaped bread smeared in garlic butter. 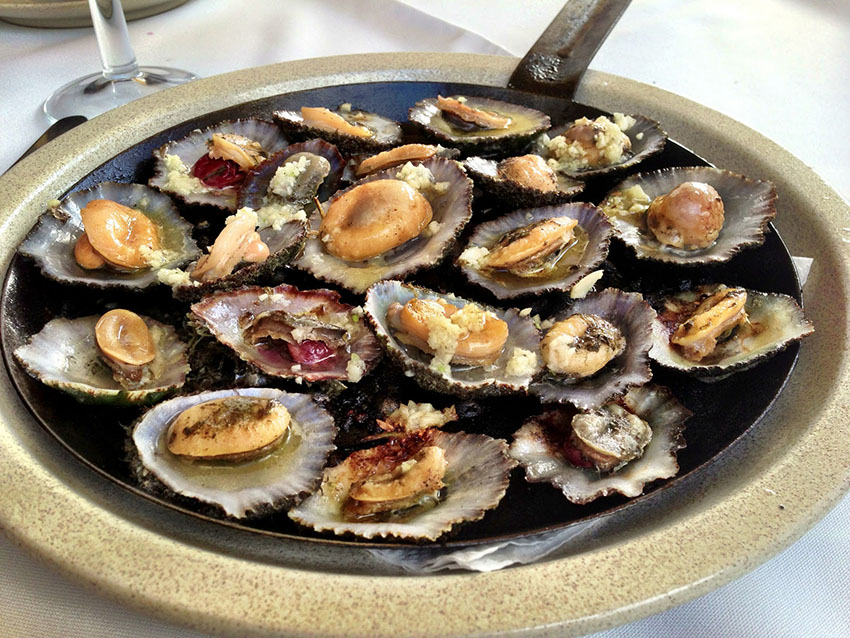 Take In Some Museums

Most of Funchal’s top museums are on the west side of the town centre, just north of the harbour/marina. They’re all within a short walk of each other too, so perfect for a rainy day. They’re also cheap to get into.

Highlights include the Museu de Arte Sacra do Funchal: a collection of historical sacred art, set in the beautiful Episcopal Palace. Address: Rua do Bispo, 21.

Get an insight into how the other half lived at the Museu da Quinta das Cruzes (pictured below), which houses antiques and artefacts, many of them religiously themed, once owned by Funchal’s wealthy elite. There’s a pretty garden to stroll around too. Address: Calçada do Pico, nº1.

And just around the corner you can check out art, sculpture and ceramics owned by local collector Federico De Freitas at the Casa-museu Frederico De Freitas. Address: Calçada de Santa Clara 7.

If you’re planning to do lots of museums, it might be worth investing in a Funchal Card, which offers discounts on various attractions.

Drink Fennel Tea At Macaronesia In The Mercado Dos Lavradores

“Don’t buy anything at the local farmers’ market. They rip tourists off,” was the advice from the guy sitting next to me on the plane on my first trip to Funchal. And I realised he was right when I was charged just under €10 for half a dozen tiny bananas, two tomatoes and a mango. The locals do come here to buy fish but they get their fruit elsewhere.

While the covered Mercado Dos Lavradores (pictured below) will keep you dry for a while, the stalls are mostly underwhelming. However, I do recommend heading upstairs for cake and fennel tea at the café Macaronesia (pictured at the top of the article). The name Funchal means “the place where fennel grows”, so it’d be rude not to. 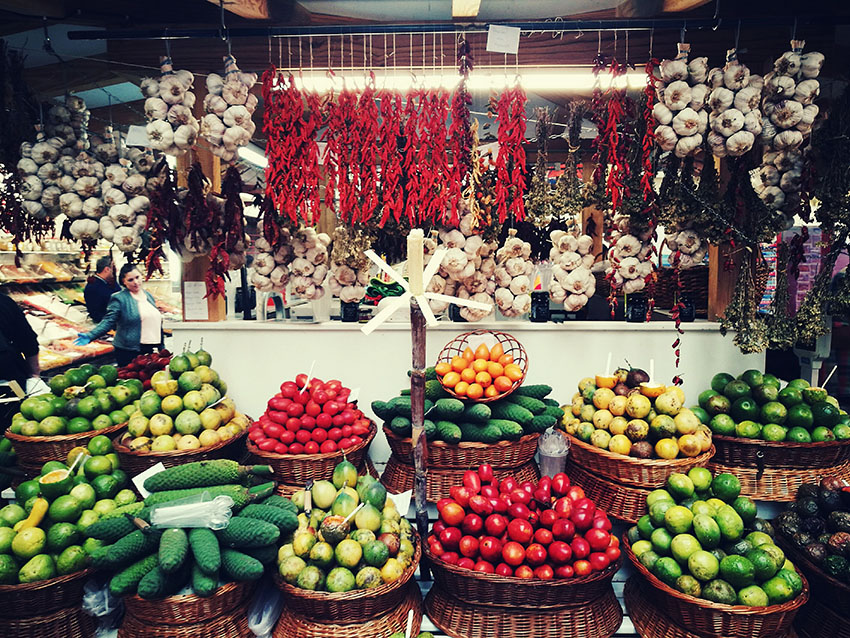 Do A Wine Tour

They’re proud of their wine in Madeira. The Wine Institute Museum is free to visit, if you’re lucky enough to find it open, and just around the corner I’d recommend stopping for a wine tasting and the best “bolo de mel” (traditional Madeiran honey cake) in town at Pereira De Oliveira.

But the most popular place to go for a wine tour in Funchal is Blandy’s. A “premium”, 45-minute tour costs €5.90, while the “basic” half-hour tour is €4.50. I did the premium tour, but I don’t think the basic tour is much different. You can also walk around some of the building (originally a 17th-century monastery) for free and buy a glass in the cosy bar area. And that’s “cosy” as in “good for a rainy day”.

Paying for a tour gets you guided access to the museum area, where the American oak barrels smell sweet like marinated raisins (yes, I did walk around smelling them). When I quizzed the guide about the oldest Madeira wine she’d tried, she told me she’d had one from 1811. Impressive.

Mooch Around Made In Madeira

If you enjoy shopping for interiors and local foodie treats, this cute little boutique is a magpie’s nest of Madeiran curios. Many moons ago the building was a brothel, but now Made In Madeira sells clothes, antiques, coffee, cakes and wine on the ground floor and holds wine tastings and private functions in the basement. It’s a welcome change from the generic tourist shops and big-name high-street brands. 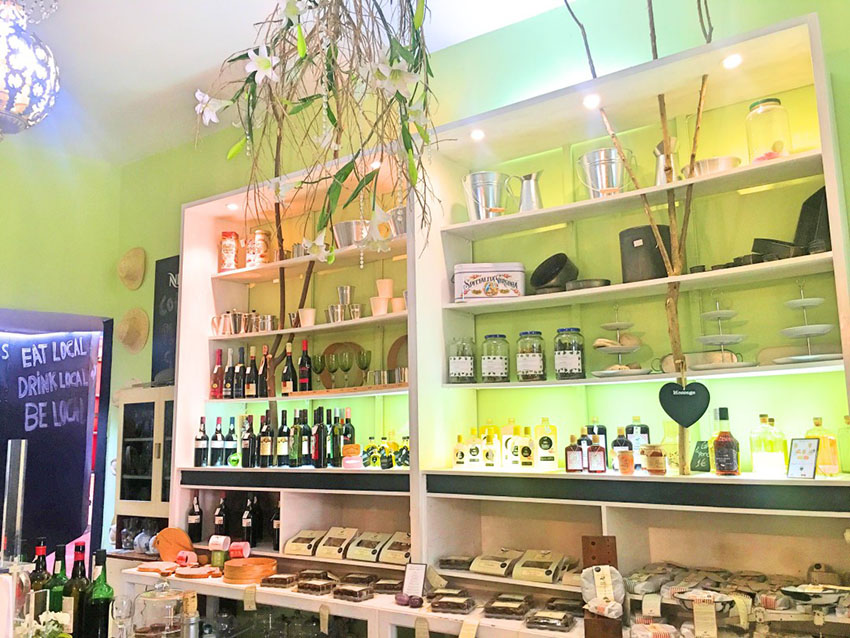 Now, here’s a challenge. If you’ve got waterproof clothing with you, why not take a spectacular rainforest walk? It’s usually raining in a rainforest anyway, so what have you got to lose?

The tiny hamlet of Ribero Frio is 45 mins by bus from Funchal. Take the 56 or 103 from just outside the cable car entrance. Tickets are €3.50. It’s an amazing drive, through some of the highest peaks on the island. The elevation app on my phone was showing 4,547 feet at one point.

There are a few shops, a bar, a restaurant and… a trout farm in Ribero Frio, but the reason people come here is that it’s the point where several spectacular mountain walks converge. These walks are relatively easy and well-defined walks, so they’re good for beginners, but some of the views you’ll encounter are breathtaking. When the trees part you can stare down into the valley and see flocks of birds flying below you, like a scene from Jurassic Park.

Just remember to heed the warning in the name. Ribero Frio means “cold stream” in Portuguese, and it can get freezing up there. Pack gloves if you’re going during January or February, or you might end up having to buy some at the local shop.

Stock up on and prepare for when the sun does reappear. Because in Funchal it’s never far away.

See my Foodepedia article about food and drink in Funchal here http://www.foodepedia.co.uk/articles/2018/feb/A-Wine-and-Food-Tour-of-Funchal-Madeira.htm

0 comments on “Madeira: What To Do In Funchal When It Rains”