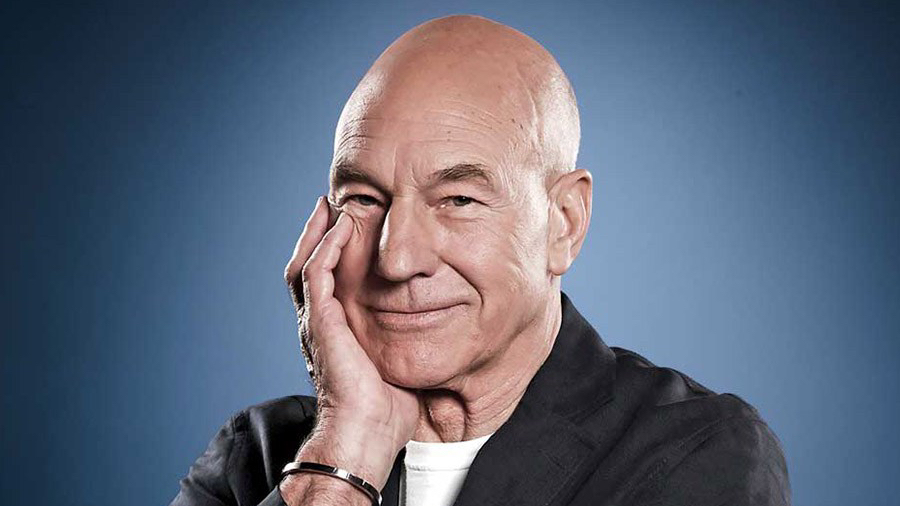 So I’ve just touched down at LAX airport with the PR from Amazon and Shortlist writer Ralph. We’re there to meet the writer and star of the Amazon detective series Bosch. Ralph’s feverishly checking his emails. He mutters something about Patrick Stewart. Apparently he’s been asked to interview the star at short notice.

I’ve only known Ralph a matter of hours, but I already have the impression he’s pretty unflappable. He gets another email. “The interview’s at his house,” he says. “I haven’t prepared.” He looks a bit flapped.

He invites me along, presumably for moral support. For a second I picture myself freeloading: snaffling a pain au chocolat from the buffet; getting evil stares from an entourage PAs and PRs. Then I think “Sod it. How often do you get invited to Patrick Stewart’s place?”

Soon we’re in a taxi headed for the Hollywood hills. It’s a dodgy Uber. The sort of cab Travis Bickle might have driven. The satnav makes it feel retro-futuristic, like a spaceship from a Ridley Scott film.

En route I realise Ralph’s not much of a Star Trek fan. “I want to get his autograph for my mother-in-law,” he says. “Live long and prosper. That’s what he says, isn’t it?”

“No,” I reply. “That’s Spock. And it’s a totally different series.” I don’t know much about Star Trek either, but even I know that.

“Do you reckon he’ll be offended if I ask him to write ‘live long and prosper’ though?”

We roll up outside a smart but relatively modest gated bungalow. A shiny pate can be observed floating around behind the front door’s glass. I look at Ralph. He’s gone a weird avocado colour. The pressure’s all on him, and suddenly I feel bad. I offer him a two-man group hug but he looks at me as if to say “No, you dick. I only just met you.”

Anyway, his reaction is irrelevant because our burgeoning bromance is ambushed by the pate at the gate. Patrick has come to greet us, dressed in tracksuit bottoms, slippers, white sports socks. He’s home alone. He looks great for 75. He welcomes us with open arms and immediately we’re at ease. I suspect he’s had a few tipples.

“Would you like a drink,” he beams. Ever the professional, Ralph opts for water. But Patrick has something stronger in mind.

“I’m having a cocktail,” he booms theatrically… “A gin… and tonic!”

“Ooh go on then, I’ll have a g&t,” I say with all the confidence of a man who’s here on someone else’s employer’s time. I resist the urge to tell him to “make it so”.

We amble through the snooker room, past a stack of boxes containing Star Trek scripts, and into the kitchen. Patrick glugs me out a drink that’s about eight parts gin, with a token drip of tonic on top. It tastes like he used a pipette to administer the tonic. He offers us food, but although we’re both starving we’re too polite to accept. I’m tempted to ask for a turkey club sandwich with gherkins and a smear of dijon, pierced with a cocktail stick and surrounded by a crescent of crisps, but I think better of it.

Ralph pulls it together and gets a great, hour-long scoop. He even plucks up the courage to invite Patrick for dinner, but our host has his heart set on watching the Barcelona match. He calls us an Uber. It’s a much posher Uber than the Uber we arrived in. “Oh, are you going to pay?” Ralph asks with disarming naivety.

We’re both buzzing because it’s gone so well, but then Ralph makes his fatal error. “Could you possibly sign a photo for my mother-in-law? She’s a big fan. Just something like ‘live long and prosper’.”

“I don’t say that… It’s not my line.” For a second there’s frost in the April Los Angeles air. The spacetime continuum grinds to a halt. An outsized Californian squirrel frolics past the window.

“How about… ‘make it so?’” offers Patrick, as gently, charmingly and untwattishly as anyone could be. Ralph and I share a high-five on the back seat of the Uber on the way back to the hotel.

This article is based on the subjective, fallible memories of Gary Rose. It in no way reflects the opinions of Ralph Jones or Shortlist magazine.