While Rome, Florence, Venice and Tuscany suck in millions of visitors every year, Italy’s northern region of Emilia Romagna is a path less trampled by the sweaty sandal of tourism. And, in a way, this suits the Italians. They get to keep more of its produce for themselves.

I visited in October, so that meant pumpkins in abundance. Pumpkin ravioli, pumpkin tortellini — there’s nothing the northern Italians won’t stuff a pumpkin into during the autumn months. I also discovered how proud the locals are of their speciality wine: the light ‘n’ frizzante Lambrusco. After half a dozen meals accompanied by nothing but fizz (the waiters insisted on it), I put my foot down and reverted to good old boring flat wine. Not that the Lambrusco was bad — it’s certainly a lot better than that weak, cheap stuff from the 80s.

There was also meat. Lots of meat. 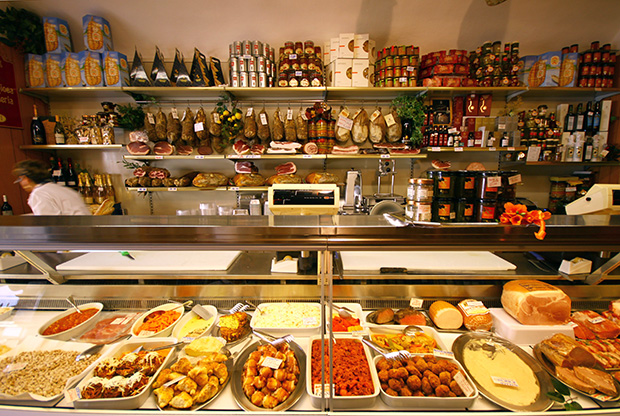 Parma ham (prosciutto di Parma), Parmesan cheese (Parmigiano Reggiano) and balsamic vinegar were all born here, and the region is known as the belly (or la Grassa/the Fat One) of Italy. Cascading antipasti of cured meats (culatello, prosciutto di Parma, strolghino) are a speciality you’ll find hanging from the ceiling of any delicatessen worth its salt. 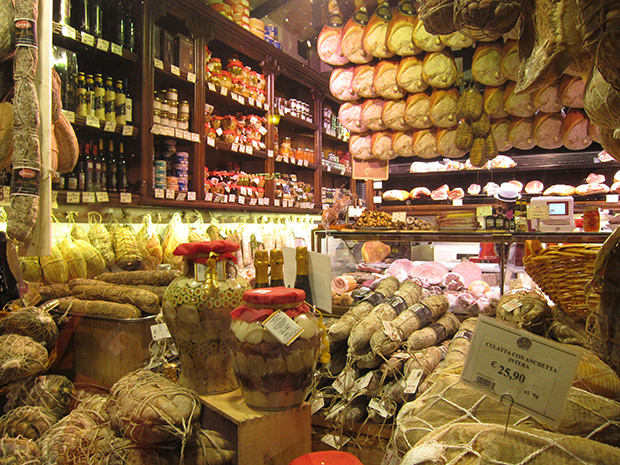 Emilia Romagna is named after an ancient Roman road, and the motorway bisecting the region links the towns of Rimini, Bologna, Modena, Reggio Emilia, Parma and Piacenza like tomatoes on a vine. En route between the towns, you’ll encounter a flat landscape resembling northern France, flecked with lobster- and sunset-coloured farmhouses. The Appenine mountains cut a pale silhouette into the horizon, like a chain of paper dolls. 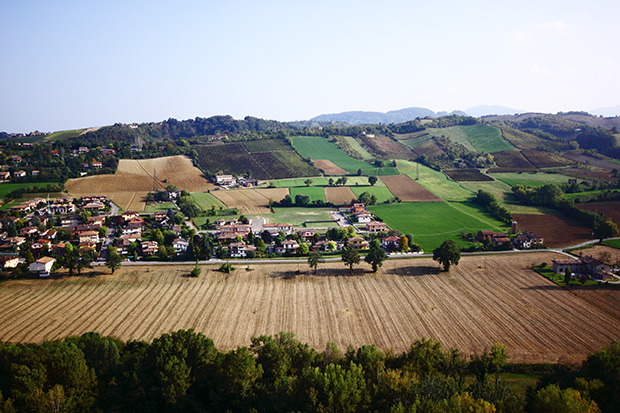 En route between the towns

If you venture into the loftier areas to the south, a patchwork of fields more reminiscent of Tuscany awaits. Hammered into the peaks are dozens of medieval castles, including Castello di Vigoleno (pictured below). Within its walls lies a working village where its (mostly elderly) inhabitants appear to live la bella vita, playing dominos and supping nocino (a local hazelnut digestif) as the sun sets. 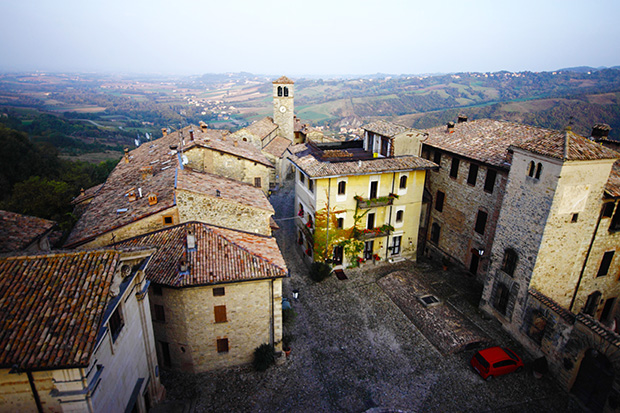 Reggio Emilia turns out to be the region’s most pleasant surprise. Sandwiched between Parma and Modena, this hip little town with a population of 170,000 is the ideal size for a weekend break. Its bars, shops, galleries and restaurants make it a popular getaway spot for Italians, many of whom must have become immune to its beauty down the years. 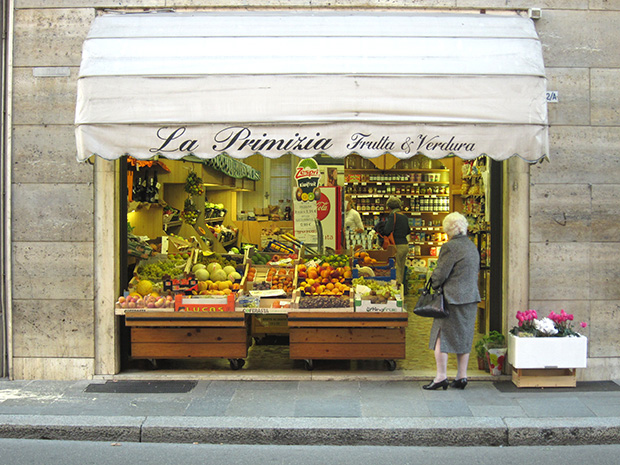 I stayed at the Hotel Posta, which overlooks the main square. Topped with battlements and with a castle portcullis for a front door, the building manages to stand out even in a town overflowing with medieval architecture. Oh, and for hearty family food in Reggio Emilia I can recommend the Trattoria La Morina; the perfect spot to gobble up the fat of the land. 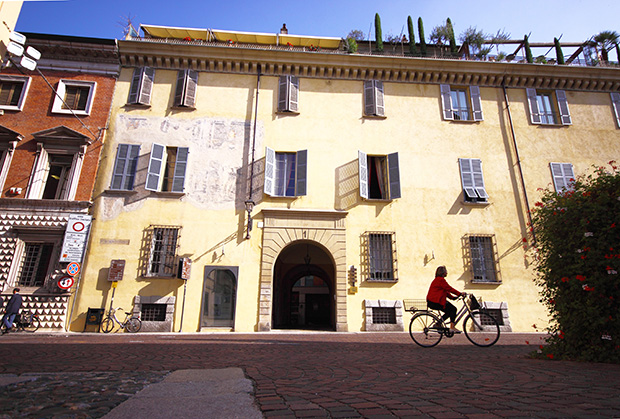 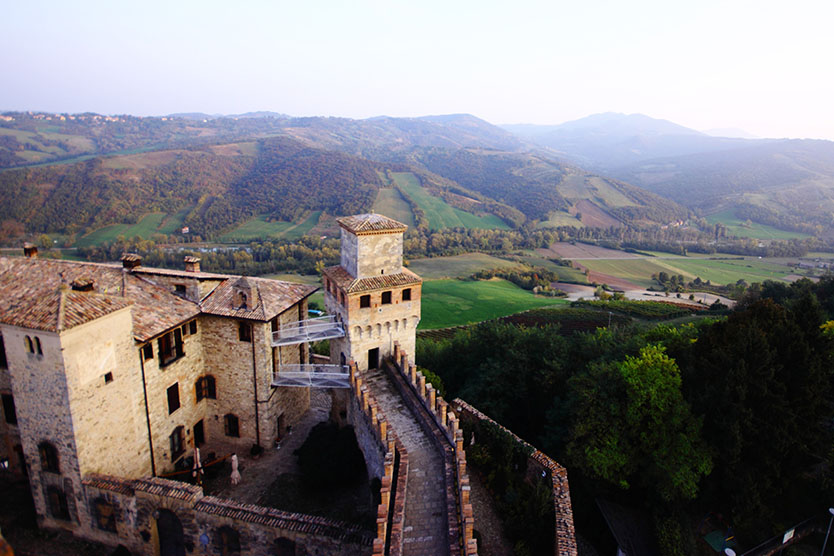